The Effect of Parkinson’s on Mobility

In the UK, around 145,000 people are currently living with Parkinson’s disease, which equates to 1 in 500 of the population. What’s more, two new people are diagnosed with this debilitating condition every hour. [1]

The effects that Parkinson’s can have on a person’s life can be heart-breaking. Everyday tasks like using the stairs or even making a cup of tea can be made extremely difficult by the symptoms.

Parkinson’s sufferers lack dopamine (a chemical found in the brain) because specific nerve cells inside their brain have died. [1] Because of this, movements are restricted and often much slower. One of the most common symptoms of Parkinson’s disease are involuntary tremors, causing various parts of the body (most often hands and arms) to shake uncontrollably. Other symptoms include muscle stiffness and slowness of movement.

Recently, we had an enquiry from a lovely couple, Tracy and Rob who had been recommended to us by their local North Yorkshire Disability Action Group, as they needed a stairlift for Rob who suffers with a rare form of Parkinson’s and the stairs were proving to be a real struggle.

The following day, one of our advisors called to see them to carry out a survey and talk through the various options. Because of the limited space in their hallway, they opted for a new Handicare 1100 with a slide track system and automatic swivel seat.

The stairlift was professionally installed the following week and they have both been amazed at both how easy it was to operate and how much this has helped Rob with his daily life (“an absolute God Send” Tracy said later), as you can see in the lovely review below that they left us on Which? and the video they sent us.

"After my husband being diagnosed with a rare form of Parkinson’s disease, the stairs were becoming a danger hazard for him. The time was right to purchase a stairlift. I got in touch with our local disability group here in Whitby and they recommend Leodis stairlifts. I rang them and Russell came out to us the following day to talk and explain to hubbie and myself about stairlifts. Russell was very professional and knew everything that we needed to know to put our minds at rest about the stairlifts. We decided to go for the slide track system as we are limited space in the hallway at the bottom of the staircase. The guys fitting the stairlift were prompt on arrival and so polite and knew exactly what they were doing. The stairlift is fantastic and a god send to my hubbie. We will definitely recommend Leodis Stairlift Company to everyone. First class service from start to finish." 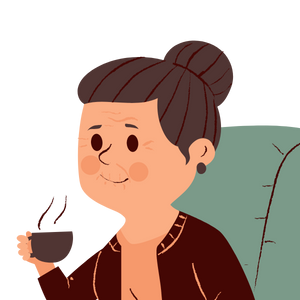 If you’re struggling with Parkinson’s or any other condition that affect your mobility and you’d like either some expert advice on the various models available, or a FREE no obligation home survey, please give us a call on 0800 542 6045 anytime, day or night.