Ageing in Place Together: Abbie and Andrew’s Story

The University of Bristol has published a research article called “Ageing in Place Together: The Journey towards Adoption and Acceptance for Stairlifts in Multi-Resident Homes”.

This 26 page long document (albeit a hefty read!) contains some great stories from households who went through the process of getting a stairlift, which we hope you’ll enjoy reading.

These stories mirror those we hear time and time again from our own customers with the same reservations and emotions.

Each week we’ll share a different families experience from the study. First up we have Abbie and Andrew….

Abbie lives with a chronic pulmonary condition where only 35% of her heart is functional. She couldn’t go upstairs more than once a day for bed and required assistance from her husband, Andrew, who supports her mobility inside and outside of the home.

For Abbie and Andrew, they came to a mutual agreement quite early on in the process: “it’s the right decision. We don’t want the upheaval of moving”.

Andrew managed to persuade Abbie early on that moving out of their current home wouldn’t be beneficial: “The alternative was moving into a bungalow and for the cost of the stairlift…with the property acquisition tax on top, it wasn’t worth it.” he said. 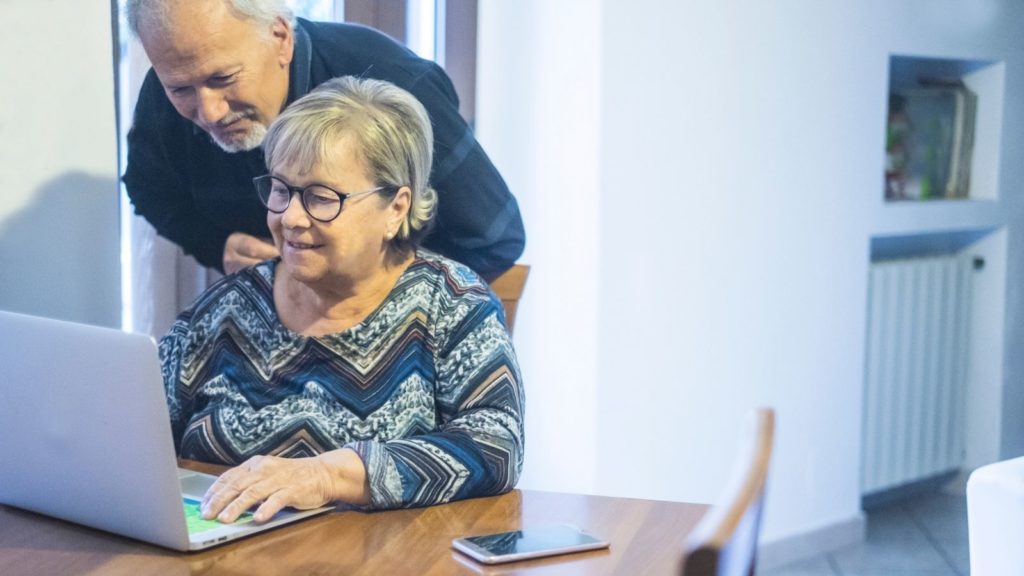 To this, Abbie laughed and retorted: “He made the decision more than me!…Andrew phoned a local stairlift company for me. To tell you the truth, I was a bit reluctant”.

However, it was not just her husband who influenced her to remain in place in her home and to go ahead and get a stairlift: “My daughter was bullying me into it, even my granddaughter who’s only 3 had a go at me about it” laughed Abbie. “She had been primed, I must admit. ‘Tell grandma she needs one!’”

Abbie described how her mother also had a stairlift, with Andrew later confirming (or perhaps reassuring Abbie!): “it’s an old rickety thing…ours will be much better”

So they decided to bite the bullet and went ahead with the installation. They had some initial teething problems with their new lift. “there was a bleeping noise” said Andrew, “we just couldn’t turn it off at first, it was like my alarm clock,” said Abbie“…so we had to come and get someone out to tell us how to fix it.”

But with the stairlift up and running “playtime” got underway with her granddaughter. Abbie talked about how she engaged with her grandchildren to share these experiences of fun and play with them: “It’s ‘grandma’s up and down chair.’ It’s a toy. It’s a child’s toy. [She laughs]… It’s nice to be able to use it with them finally.” said Abbie.

After 3 months of living with the stairlift in their home, Andrew also described a sense of relief and discussed the changes to their household dynamics: “I would never go out until Abbie was actually downstairs. Now, because of the stairlift I’ll go out knowing that Abbie is ok coming down the stairs.”

“So I suppose it’s made life a bit easier for both of us actually.”

If you feel now the time is right for yourself or a loved one to consider a stairlift, please give us a call today.